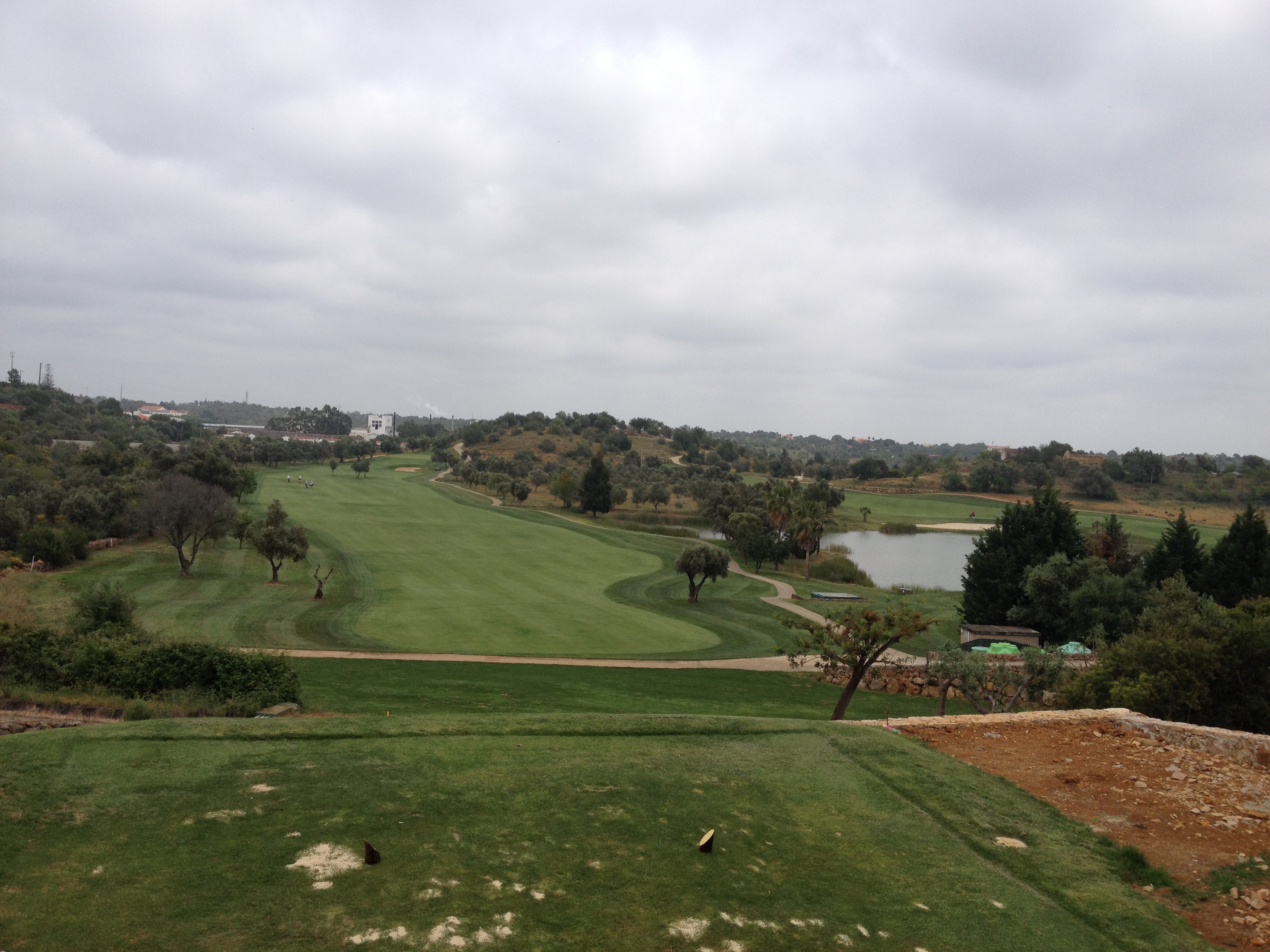 This one we should adopt for ALL of our golf:

Ball lost or out of bounds: an alternative to stroke and distance

A local rule can be enforced which permits golfers to drop the ball in the vicinity of where it was lost or went out of bounds, including on the nearest fairway area, for a two-stroke penalty.

Standard for deciding why a ball moved

A player will only be found to have caused the ball to move if it was known or virtually certain (at least 95% likely) that they caused it to move, otherwise it will be assumed that natural forces caused it to move.

We’ve all been there. You address the ball, look at the target, look back down at your ball, and it seems to have moved slightly. It plays on your mind for the rest of the round and you’re not quite sure what to do. The golfing gods of leniency are now 95% on your side. Once your playing partners are aware that the ball has moved but not through your doing, you’re ok to carry on as normal.

If a ball in motion is accidentally deflected by you or your equipment, there will be no penalty and the ball will be played from where it comes to rest.

Still though, don’t leave your bag in the way of either yourself or your playing partner taking their approach to the green. It’s annoying, off-putting, and pretty bad etiquette too.

Relief for an embedded ball

Relief allowed without penalty for an embedded ball anywhere (except in sand) in the ‘general area’ – a new term for ‘through the green’.

Good bye to the infamous ‘plugged ball through the green, what happens next?’ debate – which we all know every fourball had a different interpretation of anyway. Now, if you’re unfortunately plugged in the general area, you can take relief without penalty. Simple.

If your club accidentally strikes your ball more than once during a stroke, there will be no penalty and your ball will be played as it lies.

Double-hits are now a thing of golfing history. Well, on the scorecard at least. We all know that double-hits take place more than golfers care to admit, so to reduce confusion, penalties for committing such a golfing sin are now eradicated. In terms of simplifying and streamlining things, this new rule will no doubt do that. But is it right to not penalise a golfing mistake on the golf course? We will leave this to you to debate in your own time.

It is recommended that from now on golfers play ‘ready golf’ and make each stroke in no more than 40 seconds.

A new ‘maximum score’ form of stroke play is recognised, where your score for a hole is capped at a certain number to improve pace of play.

The golf course you are playing now has the option to set a ‘maximum score’ for any particular hole on the course so that when you’re having one of those days, taking your 7th shot on stroke index one, you have the option of putting your playing partners out of their misery. Pick it up. Move on, don’t worry this won’t be an N/R.

No penalty for a moving ball on the putting green

No penalty for accidentally moving your ball or ball-marker whilst on the putting green.

Hooray. A time-saving step forward for everyone.

After your ball has been lifted and replaced, you must replace your ball on its original spot, even if it was blown by the wind or moved for no clear reason.

Dustin Johnson, Lexi Thompson – look away now. If your ball happens to move accidentally on the green, before continuing to play, you must now replace the ball to it’s original spot. Once you have done so, you can continue to putt without being penalised as you would have been in the past.

Repairing damage on the putting green

Repair of almost any damage allowed on the putting green (including spike marks and animal damage).

Gone are the days of having to ask an opponent politely whether you can repair a pitch mark that is clearly in your line. Golfers are free to repair spike marks, animal damage, and pitch marks on the green. This is however an argument as to whether this could slow down play and undo some of the progress made with other pace of play improving rules? No more excuses for the Tyrrell Hatton’s of this world. You know who you are.

Touching line of play on a putting green

No penalty for touching your line of play on the putting green so long as doing so does not improve the conditions for your stroke.

An advancement on the above, just make sure you’re not improving the area in which you can make your stroke.

Putting with flagstick left in the hole

No penalty if your ball played from the putting green (or anywhere else) hits the unattended flagstick and goes in the hole.

Common sense prevails. This will also help to speed up play a little as the first player on a green won’t have to wait for their playing partners to attend the flag or take the flag out of the hole when they’re facing a 60 footer. Leave the flag in, crack on, if it goes in – great putt.

Your caddie may lift and replace your ball on the putting green without your specific authorisation to do so.

This obviously applies more to the professional game than your average Monthly Medal, but those of you who are lucky enough to enjoy the pleasantries of a caddie, bear this in mind.

Relief outside a bunker for an unplayable ball for two penalty strokes.

If you deem a shot to be completely unplayable in a bunker, you can simply pick up your ball and drop it out of the bunker for two penalty strokes and move on with your round.

Relaxed rules for touching sand or loose impediments in the bunker

You are now prohibited only from touching the sand (1) with your hand or club to test the condition of the bunker, (2) with your club in the area right behind or in front of the ball or (3) when making a practice swing or the backswing for your stroke.

‘Relaxed’ being the key word here… Don’t start thinking that you can now ground your club behind the ball in a bunker prior to hitting a shot. Simply speaking, the only thing that’s different here is that if you ground your club by the following for example: stepping into the bunker, leaning on your club whilst waiting for a playing partner to play or by dropping your wedge, you won’t be unfairly penalised.

Substituting another ball for a cut or cracked ball

You may substitute another ball if your ball in play on a hole has become cut or cracked while playing that hole.

This seems like a step in the right direction. Golfers will no longer be penalised for clipping a tree and having to wait until the end of a hole to replace what could be a damaged ball. You may substitute another ball if your ball in play has become cut or cracked while playing that particular hole. Be careful though, as you are no longer allowed to change balls solely because the ball has become ‘out of shape’.

There is now no penalty for moving loose impediments, touching the ground, or grounding your club in a penalty area.

Unlike in bunkers, you can now ground your club behind the ball in a hazard when taking a shot.

Ball lost or out of bounds: an alternative to stroke and distance

A local rule can be enforced which permits golfers to drop the ball in the vicinity of where it was lost or went out of bounds, including on the nearest fairway area, for a two-stroke penalty.

This is a biggy. It doesn’t take a rocket scientist to realise that this rule change has the sole purpose of speeding up play, and to be fair should do just that. Losing your ball, realising you forgot to hit a provisional, running 250 yards back to the tee, letting a group behind through, subsequently holding up the three groups behind that, then eventually hitting another only to miss the fairway once again in the opposite direction… Every golfers nightmare, now a thing of the past.

It’s worth adding that this is not intended for professional or elite level competitions.

Your relief area for dropping a ball will be a fixed size of either one or two club-lengths using the longest club in your bag, other than your putter.

So, in future, every golfer taking relief has to use their Driver (or longest club in their bag that isn’t a putter just in-case you don’t have a driver) to measure out two club lengths. This makes things universally much fairer and eradicates any question marks over where you should take lateral relief.

A penalty drop must be taken from knee height and must fall without touching any part or your body or equipment.

This will no doubt cause some on-course discussions and arguably be the most important rule change in 2019. But put simply, golfers can no longer drop from shoulder height. It must now be from knee height. Hopefully this increases consistency amongst golfers when dropping for relief. The rule for placing the ball after two attempts if the ball goes closer to the hole or back into the hazard remains the same.

Ball is lost if not found in three minutes.

Finally, the powers that be have put an end to arguably the most ambiguous golf rule of all. Instead of having five minutes ball search time, golfers now have just three. This makes sense, let’s be honest – if you can’t find your ball in three minutes, you’re never going to find it in five. If you did, you’d probably wish you hadn’t.

This summary courtesy of www.golfalot.com